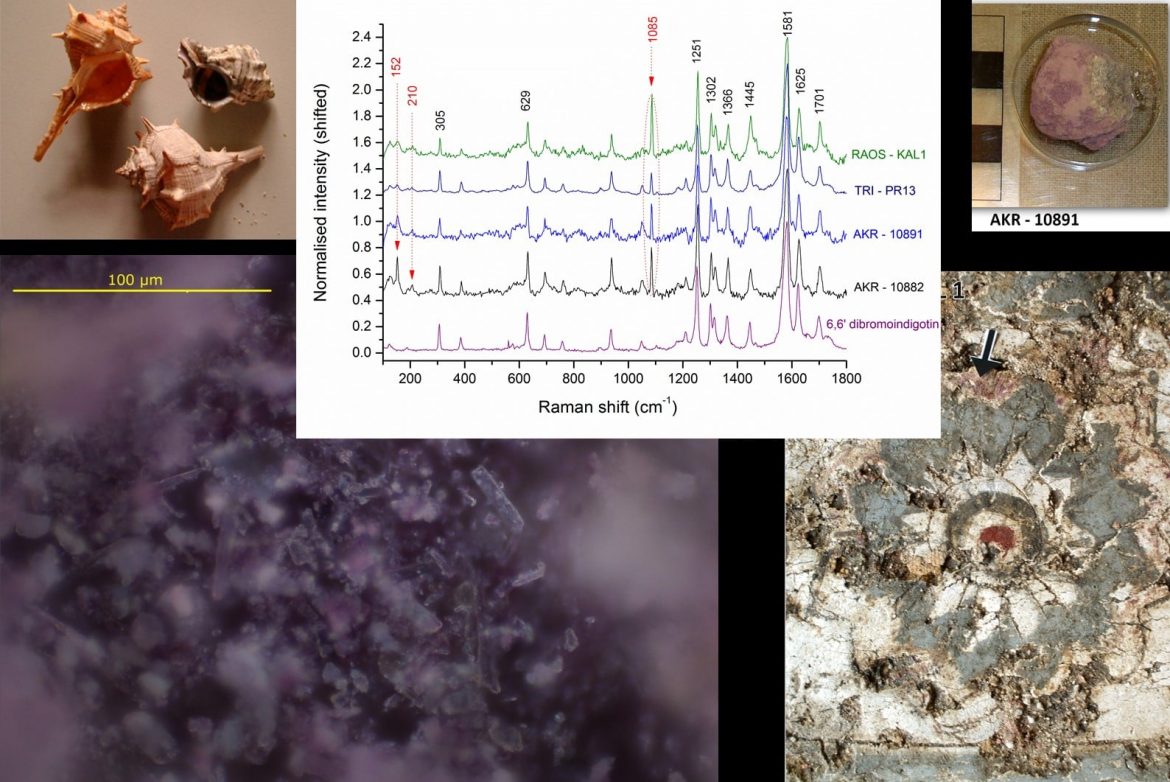 A new article was published recently in the special issue Pigments and Dyes in Archaeological and Historical Objects—Scientific Analyses and Conservation Challenges, of the Heritage Journal presenting collaborative work of the Photonics for Heritage Science (PhoHS) of IESL-FORTH, the Excavations at Akrotiri, Thera, the Ministry of Culture (Ephorates of Antiquities of Dodecanese and Cyclades), the University Ecclesiastical Academy of Thessaloniki and the Department of Physics of the University of Patras, Greece

In this study, the production and use of the fabulous purple pigment (in Greek, porphyra = πoρϕύρα) extracted from the murex molluscs is discussed in association with the purple textile dyeing industry in the Prehistoric Aegean. “True” purple has been identified in a number of archaeological finds dating from the early Late Bronze Age, found in three different but contemporary Prehistoric sites: Akrotiri and Raos on Thera, and Trianda on Rhodes. The chemical composition of the shellfish purple pigment is discussed in relation to the archaeological context of the examined finds and with reference to Pliny’s purpurissum. The results of a comprehensive methodology combining analytical data obtained with molecular spectroscopies (microRaman and FTIR) and high performance liquid chromatography coupled with a diode array detector (HPLC–DAD) are discussed in comparison to published data relating to few other instances of analytically proven murex purple pigment found in the Aegean over the timespan of its documented exploitation.